This is in continuation to my article ” Whereabouts Of Honeypreet Insan ‘Papas Angel’ Through Tamil Texts Using Prashna Jyotish” link https://www.astrodocanil.com/2017/09/whereabouts-of-h…-prashna-jyotish/

The Time of Disappearance was not known in the Earlier Article , In this Article although Exact time is not Known the 2 Charts are being discussed  since the Ascendant is changing from Aries to Taurus between 10.45 to 10.52 PM on the 25th August and roughly this is the time when Honeypreet started in an Innova car for her home Town

Honeypreet is not the biological daughter of Gurmeet Ram Rahim. She was introduced to Ram Rahim through her husband and his family.
Honeypreet was born as Priyanka Taneja in Fatehabad district of Haryana. Priyanka Taneja became Honeypreet Insan after she married Vishwas Gupta, the grandson of former Gharaunda MLA Rulia Ram Gupta.

According to Danik Bhaskar  Honeypreet left Rohtak on the night of 25th August 2017 after meeting some aides of Dera around 09-30-9-40 Pm or so  and had a secret meeting for about one hour after which she left for her native place Fatehabad district of Haryana. The Exact time of Disappearance is thus not known. Hence I would try to use 2 charts  one at 22.45 hrs.  of Aries  Lagna and the other chart of 22.50 hrs. of Taurus Lagna

The Day Lord Venus is Placed in the yama of Scorpio which is the 8th house of the Chart and the 10th and 11th Lord Saturn Placed  in the sign Scorpio in Stationary and fallen mode and the 8th Lord about to aspect the 8th house on the 27th August 2017 the native may go underground and may be difficult to trace the Missing Girl. The Yama Lord is Mars and Debilitated and does not indicate that the Missing women can be traced easily and since there is ishraaf yoga between the Lagna Lord and Saturn and the 8th Lord  is the most malefic Parameter for safe return and her Life.

4th house the happiness of the missing person and since a Debilitated Mars is Placed the Missing Person is not in a happy condition till 27th August 2017 since Mars will be there in this sign till 27th August 2017 08-30 hrs. Venus will remain there till 15th Sept. 2017 and is the Lord of the 7th house will move in Leo a fixed sign, the Missing person may therefore Move to Eastern Direction in a Vehicle since Leo is a chatuspad sign .

7th House is the Path and since no planet is placed , there will be no difficulty in the Travel

7th Lord with in the Kendra is with in the State since in the Movable sign has moved far and Lagna in the 9th Navamsha  the Distance covered is 8×9= 72 Kms. or so the same night and may have stopped at night

Since the Strongest Planet in the Kendra is Venus , the Missing Person will move in the South Eastern Direction

Moon  with Jupiter the 9th and the 12th Lord  placed in the 6th house in the Nakshatra of Mars Debilitated and Placed in the 4th house   Moon, Jupiter, Saturn and Mars are almost of the Same degree. Since Saturn is Stationary No whereabouts may be known till 26th Oct. 2017 evening when Saturn Moves in the 9th house

Moon has Poorna Ithasla with Mars and Saturn who is Stationary and Fallen is the Most malefic Parameters in the Chart and shows Status Quo till Saturn is in the Sign Scorpio till 26th Oct. 2017

Saturn placed in the 8th house and shortly receiving the Aspect of the Mars after 27th August 2017 and after the Verdict on the 28th August 2017 Mars will aspect Saturn Stationary and Fallen in the 8th house shows the Missing Female will be in captivity, since the Lagna is also about to change the Captivituy may be for Long since the Lagna will turn Fixed and Prishtodayo. The Lagna is very shortly changing to Taurus and will be aspected by Both Saturn and Jupiter and shows the concern for the missing Person .

The  7th Lord Placed in the 4th House in lowest degrees  shows the Native will be in happy condition after 27th August  when Mars shifts to Leo sign the 5th house making her in a good State and happiness till 15th Sept. 2017 when 7th Lord Venus will change the Sign. This shows the native may move further since Mars is afflicting the 4th house will take her to South Eastern Direction it seems the Missing Female may move further to a fixed destination

3rd Lord of the chart for Short Travels is also becoming Direct on the 5th Sept. 2017 and Jupiter the 9th and the 12th Lord will aspect the Lagna after 12th Sept. 2017 , hence the native may resort to travel to a Distant Country after 15th Sept. 2017 to South Eastern Direction. If the Native has to come Back then she would come back just Before or after this time  the 15th Sept. 2017 10.32 hrs. since a Benefic is a strong Combination for Return or some clue regarding her on the 20-22nd Sept. 2017, when Venus reaches the  Degrees  of Sun 8.00 degrees , but this is only possible when we get her clues on the 15-16th Sept. 2017 , but since Saturn is Stationary the whereabouts may be known when Saturn shifts back in Sagitarius on the 26th Oct. 2017 evening hrs.

As Per the above time and  Planetary Positions it is Possible that she can be traced  or clues regarding her before 15th-16th Sept. 2017 Sept. 2017 and after 5th Sept. 2017 . There are strong combinations for Clue and tracing Honey preet on the 16th Sept. 2017 evening the Day when Mercury is at 27 degrees on the 25th Sept. 2017 has aspects  by Saturn at 27 degrees  by strong 10th aspect , but may escape the hands of the Police

Hence Possibility between the 21st to 25th Sept. 2017 to be traced by police since Saturn is the 10th Lord and Police , else may be difficult till 26th Oct. 2017 for her whereabouts and most malefic for her

Since the Exact time is not known and if she left Rohtak after 10-50 Pm then Both Saturn and Jupiter will aspect the Taurus Lagna and then , her Return may be delayed  for a Long time   and the Moment Mars enters the 4th House on the 27th August 2017 the Conditions of the missing Girl will become difficult and the 7th House will also be afflicted due to the return aspect of Mars and Saturn connecting the 4th , and the 7th house of Travel. Since then Mars the 7th Lord will be in the Fixed sign her Travel will become difficult and no travel till 13th Oct. 2017 after which there may be some movement but since Saturn is Placed in the 7th house may pose difficulties hence she may not travel till 26th Oct. 2017  till when Saturn is in the 7th house . Saturn enters the 8th house on the 26th Oct. 2017 and will have  aspects By Mars from the 5th house after 13th Oct. 2017  and Saturn and Mars will have return aspect  after 26th Oct. 2017, this Period  from  26th Oct. 2017 to 29th Nov. 2017 will be the worst period for her Life as well. This Indicates that she may be in Kidnapped and kept in a Place near a Jungle and her Life is at risk after 11th Oct. 2017 if she is not traced after 12th Sept. 2017 and between the 15th Sept. to 26th Sept. 2017. Tracing her then will be difficult and Malefic Conditions Prevail for her after this Date of 15th Sept. 2017. The affliction to the 8th house as per the chart 2 is extremely malefic or her Life and also shows Bhandan yoga after 26th Oct. 2017, which also means Kala Pani  which is also Imprisonment .


2nd Sep.  2017 2017  18.10 hrs
Winner in Research in Astrology in Bhartiya Vidhya Bhawan New DelhiEmail:
astrodoc.vedicastrology@gmail.comFacebook    https://www.facebook.com/astrodocanil/
Writer of Articles on Star Teller, Modern Astrology, The Planets & Forecast, Times of Astrology, Research Magzine of All India Association of Astrologers, Journal of Astrology, Saptrishi Astrology, The Astrologic Magzine of Joni Patry of US
For My True Predictions, Expert Advice, Viewer Comments, Teaching and Consultation  go on the Home Page and Click the Relevant Option
Financial Astrology Specialised  Please contact me on +918527884764
What App Number +919810038903
Skypee ID aggarwalanil
Disclaimer Clause as Per My Webpage. The Writer is no way responsible if any Person Invests according to the Above Predictions and shall be doing at his own risk and Fancies. The above article is Just astrology analysis and not my Personal comment  This may please be noted and I have no intention to bring any bad names to any one .The Planetary Positions are only indicators 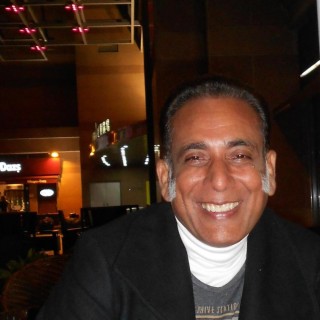