“11/11/21 Seems A Bolt From The Blue For Terrorism , Espionage , Attacks Surge In Virus, Natural & Unnatural Calamities “

This is in Continuation to my Article  below

Since the Planetary positions from the 7th Sept. 2021 are becoming most enigmatic . I felt like analysing any Assassinations or Attempt of Assassinations  and Espionage against the Head of the Nations  since the Major Conjunction of Saturn and Jupiter is taking place  in the 10th house of the Natural Zodiac represented by the head of the nations . In this regard  the Lunation chart of 13 days  from the 7th Sept. , Jupiter entering the Sign Capricorn on the 14th Sept. and the Solar Ingress in Virgo on the 17th Sept. 2021 may add fuel to the fire  specially from the 14th Sept. to 20th Nov. 2021  . As per the Past the Saturn in Capricorn Retrograde  Jupiter  Saturn Conjunction in Capricorn and both Retrograde are Parameters which seems to trigger such events specially when Saturn and Mars will also Influence each other  degree-wise  by return aspect  in the immediate future on the 11th Nov. 2021 . The 11/11 /21 seems to be explosive for the world events  may be it is attempt of Assassinations, Espionage, Terrorism, Brawl between the Countries , Natural and Un natural disasters  Surge in the Virus  Diseases  and Blood shed on Earth. For 2022 I will write another Article with the Dates which are explosive for all the above happenings apart for the dates mentioned in this Article

STUDY OF ESPIONAGE AND ASSASSINATIONS IN THE WORLD

More than 30 assassination attempts have been made on U.S. Presidents while in office since the 1800s. and I have found in most of the Cases the above parameters exist after studying the Following cases . iT HAS ALO BEEN OBSERVED IN THE PAST THAT THE NEWLY ELECTED PRESIDENT  CLOSE TO THE CONJUNCTION OF SATURN AND JUPITER IS NOT ABLE TO COMPLETE IT’S FULL TERM. I HAVE PREDICTED THIS LONG BACK AND THE COMBINATIONS IN THE 2021 AND 2022 ARE EXPLOSIVE FOR THE SAME . HENCE BIDEN MAY NOT BE ABLE  TO COMPLETE HIS FULL TERM

January 17, 1961
Lumumba, the first elected prime minister of Congo, was shot dead by a firing squad while in custody near Kinshasa

November 22, 1963
The US president was shot dead by former Marine Lee Harvey Oswald while he travelling in a motorcade in Dallas.  assassination but nothing could be prove

January 3, 2020
The top Iranian military commander was killed in an American drone strike on his motorcade in Baghdad.

The archduke’s assassination in 1914 at the hands of Gavrilo Princip, a Serbian student, in Sarajevo led the Austro-Hungarian Empire to declare a war against Serbia. This led to a complex web of alliances getting activated — Russia declaring war on Austria-Hungary, Germany on Russia and France & Britain on Germany & Austria-Hungary — triggering World War I.

Nicholas Romanov, the last Russian emperor, and his entire family were murdered in a prison by their Bolshevik captors over his poor handling of “Bloody Sunday” in which hundreds died in a stampede during a royal event and for Russia’s role in World War I in which hundreds of thousands of Russians were killed. The family’s death led to the end of the royal line and the birth of the Soviet Union.

Main Parameter  Saturn and Sun Conjunction in Cancer and Jupiter  Retrograde and Debilitated in Capricorn, Ketu in Taurus and Rahu in Scorpio——— NOTE THESE PARAMETERS IN THE PRESENT TRANSIT AND ON THE 11-11-2021

January 30, 1948
Gandhi, a global symbol of non-violence, was shot dead by Nathuram Godse in Delhi. The killing shocked the entire world and lakhs of Indians poured into the streets to pay homage to the father of the nation.

The iconic American civil rights leader was fatally shot by James Earl Ray on a motel’s balcony in Memphis.

Main Parameters  Sun Saturn Rahu, Venus and Mercury in Pisces Jupiter in Leo Retrograde  and in 6/8 axis with Saturn

November 4, 1995
The Israeli prime minister was shot dead by Yigal Amir, a right-wing extremist, at a rally in Tel Aviv.

December 27, 2007
The Pakistani leader was killed in a suicide bombing at an election rally in Rawalpindi. 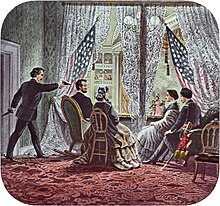 The assassination of Abraham Lincoln, the 16th president of the United States, took place on Good Friday, April 14, 1865,

Main Parameters  Sun and Saturn in Rahu-Ketu axis and Opposing each other , Saturn aspects  Jupiter in Sagittarius 3rd Aspect 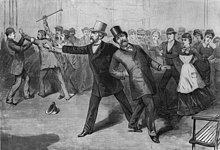 President Garfield with James G. Blaine after being shot by Charles J. Guiteau

The assassination of James A. Garfield, the 20th president of the United States, began at the Baltimore and Potomac Railroad Station in Washington, D.C., at 9:30 AM on Saturday, July 2, 1881. less than four months after he took office.  He had survived for a total of 79 days after being shot. 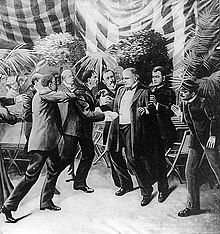 The assassination of United States president William McKinley took place at 4:07 p.m. on Friday, September 6, 1901, at the Temple of Music in Buffalo, New York. , his condition rapidly declined due to gangrene setting in around his wounds and he died on September 14, 1901 at 2:15 a.m. 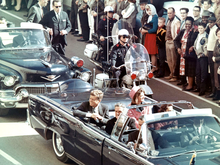 Saturn in Capricorn and Jupiter in Pisces  Retro, Venus, Mars and Mercury in Scorpio—– NOTE THIS PARAMETER SATURN NOT HAPPY IN CAPRICORN WITH THE HEAD OF THE COUNTRIES

Three and a half years after he left office, Theodore Roosevelt ran in the 1912 presidential election as a member of the Progressive Party. While campaigning in Milwaukee, Wisconsin on October 14, 1912,

Ronald Reagan waves just before he is shot outside a Washington hotel on March 30, 1981. From left are Jerry Parr, in white trench coat, who pushed Reagan into the limousine; press secretary James Brady, who was seriously wounded by a gunshot wound to the head; Reagan; aide Michael Deaver; an unidentified policeman; policeman Thomas K. Delahanty, who was shot in the neck; and secret service agent Tim McCarthy, who was shot in the stomach.

He recovered and was released from the hospital on April 11

Main Parameter Saturn and Jupiter  both Retrograde  in Virgo and opposed by  Venus, Sun and Mars  in Pisces—-NOTE THIS SATURN AND JUPITER BOTH  RETROGRADE AND IN EARTHY SIGN, MARS AND SATURN CONNECTION THERE ARE PARALLEL POSITIONS OF THE PLANETS GETTING CONNECTED

December 11, 1960: While vacationing in Palm Beach, Florida, President-elect John F. Kennedy was threatened by Richard Paul Pavlick, a 73-year-old former postal worker driven by hatred of Catholics. Pavlick intended to crash his dynamite-laden 1950 Buick into Kennedy’s vehicle, but he changed his mind after seeing Kennedy’s wife and daughter bid him goodbye.[65] Pavlick was arrested three days later by the Secret Service after being stopped for a driving violation; police found the dynamite in his car and arrested him.

April 13, 1972: Arthur Bremer carried a firearm to an event intending to shoot Nixon, but was put off by strong security.[citation needed] A few weeks later, he instead shot and seriously injured the Governor of Alabama, George Wallace, who was paralyzed until his death in 1998. Three other people were unintentionally wounded.

Late May 1972: During Nixon‘s official visit to Tehran, Iran, a “Marxist terrorist group” named People’s Mujahedin of Iran blew up a bomb at Reza Shah’s mausoleum, where Nixon was scheduled to attend a ceremony just 45 minutes after the explosion.

Raymond Lee Harvey was an Ohio-born unemployed American drifter. He was arrested by the Secret Service after being found carrying a starter pistol with blank rounds, ten minutes before Carter was to give a speech at the Civic Center Mall in Los Angeles on May 5, 1979. Harvey had a history of mental illness,[75] but police had to investigate his claim that he was part of a four-man operation to assassinate the president.

Have a Look at the charts below

The Following Parameters acquire an important dimension in the Immediate Present after the 7th Sept. 2021 and specially after having a look at the Day of Assassination on the 31st Oct. 1984 and  on the 11th Nov. 2021

THE ASSASSINATION TOOK PLACE ON THE 21ST MAY 2010

HAVE A LOOK AT THE CHAKRAS MAGICAL TOOLS IN THE MUNDANE ASTROLOGY TO PREDICT WARS , TERRORISM

RASHI & NAKSHATRA SANGHATTA CHAKRA OPEN THE SECRET OF THE EVENTS IN THE GLOBE AND SPECIALLY RELATED TO VIRUS SPREAD SURGE WAR , TERRORISM WITH DIMENSION AND PREDICTED WELL IN ADVANCE  SINGLE ASTROLOGER WHO HAS USED THE MAGICAL TOOLS USED BY OUR STALWART ASTROLOGERS KNOWN TO VERY FEW

Vedha Between the Planets most malefic

TRANSIT OD PLANETS GETTING ALIGNED ON THE 7TH SEPT. 2021

Vedha Between the Planets most malefic

NOW PLANETARY POSITIONS AND THE VEDHA OF THE PLANETS AFTER THE 3RD -4TH AND 11TH NnOV. 2021 MOST EXPLOSIVE  AND THEY WARN US OF THE SITUATIONS

NOW LASTLY BUT NOT THE LEAST THE VEDHA BETWEEN PLANETS  FROM THE 5TH SEPT ONWARDS AND SPECIALLY IN NOV. 2021 AS PER THE BELOW CHAKRAS OPENING THE SECRETS

I AM AFARAD TO WRITE ANY MORE  HENCE IT SEEMS THAT LIKE THE 9/11    11/11/21 MAY ALSO BE REMEMBERED DUE TO UNTOWARD HAPPENINGS  IN THE GLOBE  MAY BE IT IS TERRORISM, BRAWL BETWEEN NATIONS, ATTACKS ON THE HEAD OF THE COUNTRIES, NATURAL AND UNNATURAL CALAMITIES . NO WONDER 11TH SEPT. 2021 COULD ALSO PROVE VENOMOUS

The Planetary positions are taking the world for a Rough Ride it so seems after the 7th Sept. specially in this year till Dec. 2021 . FOR 2022 I SHALL WRITE ANOTHER ARTICLE GIVING THE EXACT DATES

DISCLAIMER CLAUSE APPLICABLE  AS ON MY WEBPAGE

This is only Astrological analysis and on the bases of the earlier happenings .  This Can Have an Adverse impact on the Stock and the Financial Markets and The writer does not hold himself responsible if any person invests according to the above Predictions. He shall be doing at his own whims and Fancies . The Writer of the Article is Not at all Responsible for any bodies loss note this

Coronavirus On The Heels As Predicted Jupiter On...